TICKETS/ENTRY AVAILABLE ON THE DOOR - ONLINE SALES HAVE FINISHED

This event series focuses on 100% Home-grown Aussie Psychedelia - everything from glitch, prog and stomping psytrance.. dose up on the goodness!

Pspiralife has always been involved in music from a young age mainly focussing on the drum kit. He began with Country & Western, moved through Rock & Metal and then went on to study Latin, Jazz and Funk around 2003 and then found a deep passion in Psy Trance and electronic music production over the next few years.
Recently becoming a part of the Australian label Zenon Records, Pspiralife has recently released his debut album titled "Self Similar".
An adventure that is appropriate for any time of the day, the Pspiralife experience is a very fresh, fun and dynamic, omni-directional journey through a fusion of Full On and deep/dark Progressive Psychedelic Trance, subtly incorporating elements of Dubstep, Breakbeat, Glitch & Techno.

Pspiralife has played at festivals in Europe, Israel, New Zealand, New Caledonia and several states of Australia along side Quantize, Sensient, Tetrameth, Grouch, Autonomech, Tristan Boyle, One Tasty Morsel, Neelix, Shadow Fx, Tom Cosm, Circuit bent, Hedflux, Headroom, among many other acts and recently has put Tasmania on the map by having a presence that is quickly strengthening in the global Psychedelic & Progressive Trance scene. Also under the alias "Shammie", has played Dj sets along side Hallucinogen and John 00 Flemming. The highly anticipated Pspiralife debut album titled “Self Similar” was released on the 2nd of September 2011 on Zenon Records. 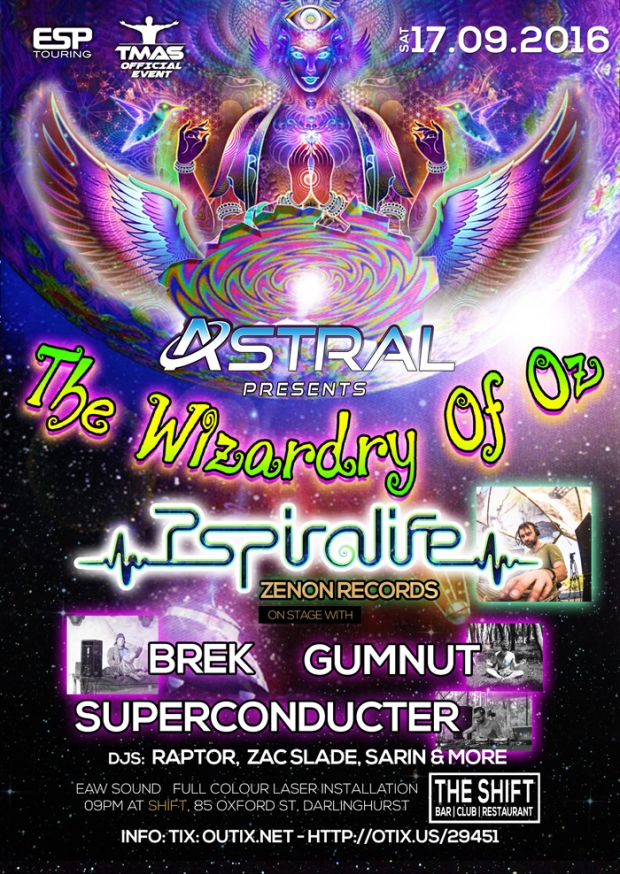